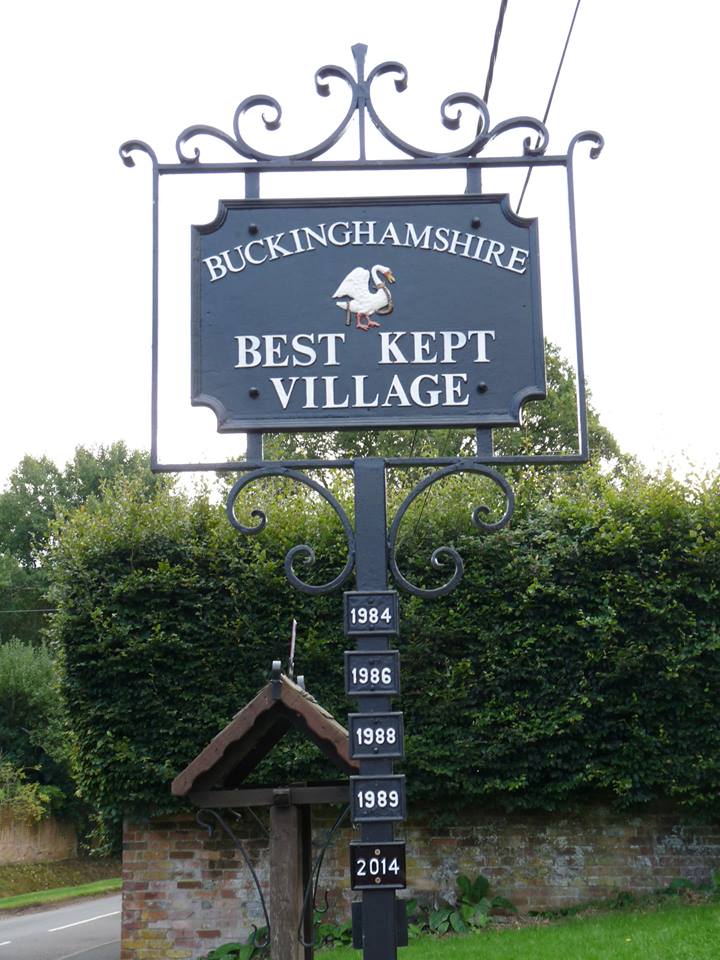 Fulmer- Sword of Excellence (for the winner with the highest marks)

The village of Hedgerley also has the added honour of being selected for the Savills’ sponsored Community Award.

Competition chairman, Richard Pushman commented: "There were excellent standards throughout the competing villages this year, and the judges were very impressed with the general upkeep and absence of litter. Almost all the entries displayed much evidence of good village life with numerous activities and community participation. In particular, Hedgerley was highlighted for the many people who have worked hard to transform Glebe Field into a wildlife-friendly meadow. This ongoing project is providing a valuable amenity for the residents and visitors."

Andrew Cronan, Head of Savills Beaconsfield Sales, comments: "Community is central to our ethos at Savills and we are delighted to be able to support an initiative which has such a positive impact on the Buckinghamshire villages which we love and in which we all work and live."

For further information regarding the Buckinghamshire Best Kept Village competition please contact the competition administrator by email at bkvbucks@gmail.com or by telephoning 07857 968448.

The Londis shop frontage is immaculate, with attractive flower beds. There is a well kept playing field with no litter. The White Horse pub appeared welcoming and attractive, with flower beds and hanging baskets. The hanging baskets on the bus shelter were cleverly fashioned from old drainpipe heads. There were cigarette ends outside the village hall – this was about the only litter visible!

An excellent map was provided – just one quibble : the access point to Glebe field was no quite where shown.

It is clear that many people have worked hard to transform Glebe Field into a wildlife-friendly meadow (an ongoing project). A display board gives information about what the village aims to achieve.

We would therefore recommend Hedgerley for the Community Award.

The Morris Cup was presented to Councillor Neil Coxhead, Vice-Chairman of Hedgerley Parish Council on Saturday 13th September by The Countess Howe who was representing the Lord Lieutenant of Buckinghamshire.  Hedgerley was one of 13 villages who entered the Morris Cup.  In addition Hedgerley was awarded the Community Award in recognition of the best community effort (of the 52 communities that entered the Best Kept Village competition) for work in restoring Glebe Field as a wildlife friendly meadow and community orchard.  The Community Award was presented by Andrew Cronan Director of Savills Residential in Beaconsfield who sponsored this award.

Lady Howe and Andrew Cronan said that the judges were impressed by the effort of villagers to achieve these awards. In accepting both awards Councillor Neil Coxhead thanked all villagers, the Memorial Hall committee, and especially the Hedgerley Conservation Volunteers for their hard work this year.  He also thanked 1st Hedgerley Scouts for their community work in the Glebe Field.

The White Horse was mentioned in the BKV judges' report for its splendid display of flowers, and they were still looking fabulous when after the award ceremony, Lady Howe, judges and councillors repaired to the pub for a buffet tea.  To mark the occasion a cask of 'Hedgerley Pride' had been been specially commissioned from the Rebellion Brewery by the landlord, Kevin Brooker.

Hedgerley now looks forward to taking part in the 'cup winners cup' next year, when we will be judged alongside this year's winners in all the different classes.

We have since been informed that a separate trophy will be presented to the Hedgerley Scouts for their work in the Glebe Field and Kemsley Wood. The award, the Baile Trophy, will be presented by Richard Pushman, Chairman of the Best Kept Village competition. 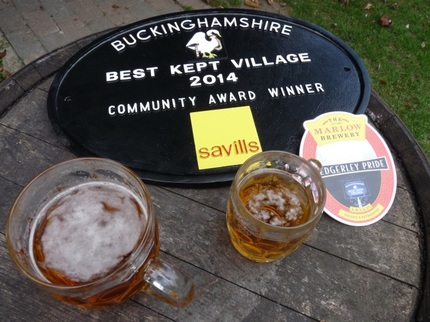